Welcome to the Birmingham History Page, where historic tidbits about Birmingham will be posted between June and December 2021. 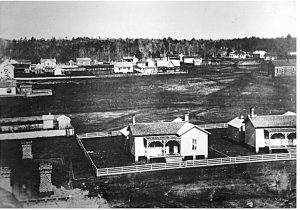 (This photo was taken of Birmingham in the early 1870s. Source: The Birmingham Public Library Department of Archives and Manuscripts.)

Birmingham was founded in 1871 at the crossing of two rail lines near one of the world’s richest deposits of minerals. The city was named for Birmingham, England, the center of Great Britain’s iron industry. The Alabama city annexed its smaller neighbors as it developed on mining, railroads, and the iron and steel industry.

The state legislature did not charter the city until Dec. 19, 1871. The City of Birmingham recognizes that date as the official birthday for the city. 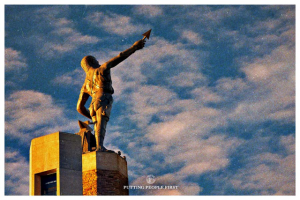 Vulcan, weighing in at an impressive 50 tons, is undoubtedly the largest cast iron statue in the United States. Vulcan, considered one of the most important civic art statues in the country, has stood atop the city of Birmingham since the early 1930s and remains one of the city’s gleaming landmarks and tourist attractions. Vulcan, designed by Italian artist Giuseppe Moretii, is built exclusively of natural materials derived from Alabama’s iron-rich region. Thunder on the Mountain is the annual Independence Day celebration held at Vulcan. All are welcomed to join and watch the fireworks celebration on July 4th beginning at 9p.m. 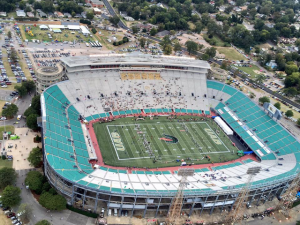 Legion Field Stadium, also affectionately known as the “The Old Gray Lady,” was built in 1927 as a 21,000-seat venue. The stadium now has a capacity of 71,000 people. Legion Field was named in honor of the American Legion. In the inaugural game, Howard College (now Samford University) defeated Birmingham-Southern College 9-0 in front of 16,800 fans. The stadium was also the home of the UAB Blazers Football Team from 1991 to 2021. It has famously hosted the Iron Bowl and 1996 Olympic soccer, the Magic City Classic (the largest HBCU classic in the country), the Birmingham Bowl, local high school games, music festivals, and more. Legion Field will reopen its doors to host the Birmingham 150 Summer Celebration on July 16th from 5 to 9 p.m.