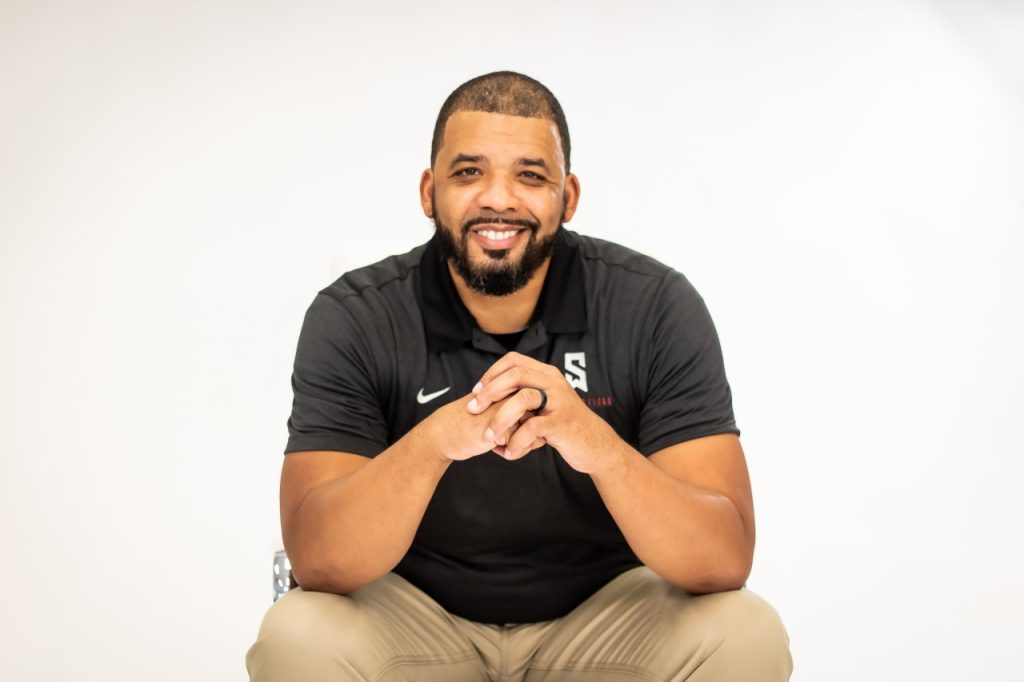 When Birmingham poet and author Seneca Wilson heard that the Magic City was celebrating its 150th birthday this year by encouraging the public to write love letters about the city, he took the opportunity a step further.

He wrote a poem and then did a voiceover for a video to highlight major landmarks, history and even the 150th anniversary theme of “Built to Last.’’

“I absolutely love the poem, and I love how it came together,’’ said Wilson. “I feel like it wasn’t just me doing this because people from Birmingham shared with me how they love Birmingham and helped me understand the city even more.’’

Wilson, 44, said it took him two months to write the poem because he researched different points he wanted to highlight, including the city’s 99 neighborhoods, Vulcan, Sloss Furnaces, the diversity, the culture, the food, the Birmingham Promise, Dr. Martin Luther King Jr.’s “Letter From Birmingham Jail, and Mayor Randall L. Woodfin’s 99 Voices project, just to name a few.

“Because of the richness of this city, it was easy to put the words together,’’ said the Pascagoula, Miss. native, who moved to Alabama a few years ago to be closer to family and to work for a Birmingham-area university. He is married and the father of three children.

Wilson also interviewed different people about the city’s past and present for his poem, which touches on 16th Street Baptist Church, football classics, Kelly Ingram Park, UAB and the city’s civil rights history.

“I had it finished, but I kept re-working it,’’ Wilson said. “I wanted to make sure I represented the city well.”

Birmingham’s official birthday is Dec. 19, 1871. Throughout the year, the city has presented various initiatives, including collecting the public’s love letters about Birmingham. At the end of 2021, those letters will be shared with the Birmingham Public Library’s Archives Department to be preserved for years to come.

Because there are so many hidden messages in his poem, Wilson felt a visual was needed to help bring the poem to life. He recruited friend Marika Gray of MG Creative to shoot it. “When you hear and see the video, it’s like listening to a song. I didn’t want people to miss anything,’’ he said.

When Wilson is not writing poetry, he’s doing public speaking and mentoring the youth.This Saturday at 7 p.m. at 1037 Second Court West, he will be the keynote speaker for the Second Annual Vans and Pants event to benefit Youth Talk United, which is a community outreach program.

“I just want to give back. I want to speak and impact high school and college students. I feel like I have a lot to give,’’ Wilson said.

“I grew up in the projects for over 20 years. I didn’t have much in my life, but I ran to the right people – great mentors who found that light in me to guide me,’’ he said.

“I just want to help guide our youth and get them ready for college and careers.”

And he’s on his way as he does it through his written and spoken word.

For more information on Wilson, his website is www.senecawilson.com. He’s on social media as @senecawilson31.

Wilson’s poem is below:

We celebrate 150 years of this city
Where magic lives in this city
There’s laughter, hope, power
And this city loves hard
Like the iron and steel it was built on
And still strong
Because this city is built to last
Like the corner of 16th street
Like the movement of April 16 ‘63
Like the home of diversity
Like the city’s heartbeat
This city is vibrant and colorful with a sweet taste of culture
Blessed from a Vulcan
With fire to blaze this city
Legends are made in this city
Classic’s are played in this city
You can feel the 99 voices that raised this city
And this city gave a promise to the children downtown and across the other side of the railroad
To believe
To succeed
To achieve a dream of reality in this city
And like family, this city will continue build
Rise and thrive
Together
Forever
Building better
This is the Magic City
Birmingham, Alabama